As the world's leading online editing and proofreading company, we have been privileged to win numerous awards for everything from our website to our content to our entrepreneurial spirit. We are honored to be a recipient of each of these awards, and we would like to thank our staff for all of their hard work and our customers for their loyalty. Our trophy case would not be this full without all of your support.

Here are a few highlights:

In 2020, Scribendi was recognized once again on Great Place to Work's list of Best Workplaces in Canada. The Professional Services industry includes organizations and professions in the tertiary sector of the economy that offer customized, knowledge-based services to clients. In 2021, Scribendi was placed on Great Place to Work's list of Best Workplaces for Women. This is the third time Scribendi has ranked on this list. Since its founding in 1997, Scribendi has been transforming the traditionally male-dominated editing field with a women-led team and advancing conventionally paper-based editing services with proprietary technologies. In 2021, WEtech Alliance presented Scribendi's President, Patricia Riopel, with the Tech Woman of the Year award. This award recognizes, celebrates, and makes visible the achievements of women with a clear passion for technology. Riopel has been driving technological innovation at Scribendi AI since 2017. The tools developed by Scribendi AI work to deliver better, more consistent editing and proofreading services for Scribendi's clients. One such technology is the Scribendi Accelerator, the most advanced grammatical error correction tool today.

The Growth List ranks Canada's Fastest-Growing Companies by five-year revenue growth (nationally, regionally, and by industry). The program aims to reward entrepreneurs for their achievements and contributions to the Canadian market. Scribendi is thrilled to announce it has earned a spot on this list for eight consecutive years. Launched in 2019, the Canada’s Top Growing Companies ranking program aims to celebrate entrepreneurial achievement in Canada by identifying and amplifying the success of growth-minded, independent businesses in Canada. It is a voluntary program; companies had to complete an in-depth application process in order to qualify. In total, 400 companies made the ranking in 2019.

Scribendi is exceedingly proud to be a member of the inaugural list of Canada's Top Growing Companies. The full list of 2019 winners, and accompanying editorial coverage, is published in the October 2019 issue of Report on Business magazine and online at tgam.ca/TopGrowing. 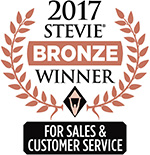 IT Executive of the Year

Vice-president, Terence Johnson, earned a Distinguished Honoree medal for IT Executive of the Year at the 2010 International Business Awards. Honorees were selected through two rounds of judging by business professionals worldwide.

The PROFIT W100 has honored Chandra Clarke for seven consecutive years. Ranking Canada's top female entrepreneurs on a composite score based on the size, growth rate, and profitability of their businesses, PROFIT W100 profiles the country's most successful female business owners.

In 2010, Scribendi received national attention by winning the Ontario Global Traders Award for Market Expansion (Silver). By winning this award, Scribendi has shown that it has established itself in a new export market by generating a significant increase in export sales and job creation.

In 2010, Scribendi president, Chandra Clarke, was awarded the Woman Exporter Award by the Organization of Women in International Trade (OWIT) – Toronto. The award recognizes female export achievement. Through her business, the recipient advances women and/or the image of Canadian business women in the international business community.

Enterprising Women of the Year

In 2010, Scribendi president, Chandra Clarke, was recognized by Enterprising Women, an American magazine for women business owners, as a finalist in the annual "Enterprising Women of the Year" award program. The top women business owners from across the United States and Canada were recognized for outstanding business growth, mentoring and supporting other women in business, and leadership in their communities.

Top 25 Amazing Women of the Year

In 2010, Scribendi president, Chandra Clarke, was recognized by Stiletto Woman, a magazine that commends women in business, as a finalist in the "Top 25 Amazing Women of the Year" award program. The magazine's editorial team screened hundreds of nominations. The women were recognized for making a difference in their communities and in the lives of others.

In 2009, Scribendi was awarded Best in Class – Professional Services by the Interactive Media Awards™ (IMA) for the 2009 redesign of our website. The judging criteria consisted of design, usability, innovation in technical features, standards compliance, and content.

In 2006, Scribendi was awarded the Small Business Standard of Excellence WebAward for Outstanding Achievement in Web Development. The WebAwards is an international award program that names the best websites in 96 industries.

Scribendi has been a member of the Better Business Bureau since 2006. Being a member showcases our consistent commitment to our clients and our exceptional customer service. Criteria include practices such as honesty in advertising, satisfactory customer complaint handling, and consistent and considerate protection of private customer information.