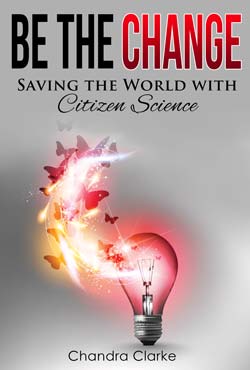 Learn more about the promising potential of
citizen science in a Scribendi
review by Scribendi.com's president,
Chandra Clarke.

Chandra Clarke, president of editing and proofreading company Scribendi.com, recently spoke at the TEDx Chatham-Kent event on the topic of citizen science. Her talk highlighted the potential of amateur science and the various ways in which the public can engage in academic research.

Clarke, who has an extensive scientific background, began her talk on a somber note, reflecting on the impact that issues such as disease and climate change have had on the planet.

"It's so easy to feel overwhelmed by everything that seems wrong with the world today," she remarked.

According to Clarke, one way to address these pressing issues is to become involved in citizen science. She described it as "a way for average people, like you and me, to do real, honest-to-goodness, help-answer-the-big-questions science, even if you never finished high school."

Citizen science has been around for centuries but has only recently become a hot topic. The rise of the Internet, the emergence of big data, and the need for academics to outsource a large part of their work have encouraged amateur scientists to become more invested in research.

New technologies have also changed the nature of scientific discovery so that scientists no longer need to be professionals to make worthwhile contributions to the field. Thanks to citizen science, budding researchers can make discoveries from the comfort of their own living rooms.

In her talk, Clarke remarked that it's easy to get involved in citizen science, and volunteers can choose different types of projects based on their interests.

"You can pick your favorite topic or you can deep-dive into something you know nothing about and go exploring," she explained.

Apps, web-based games, and crowd-funding campaigns on sites like Kickstarter and Indiegogo are all popular examples of citizen science. Once volunteers get involved in a project, they may be asked to survey online images of weather phenomena, measure light pollution, track hummingbirds, or report on marine debris in their communities. In each case, they'll be providing crucial real-time data to academic researchers.

More ambitious volunteers can get their hands dirty with programs that require extended time and dedication. For example, amateur scientists who volunteer for the Monarch Watch program will actually construct temporary habitats where monarchs can eat and rest during their long migrations.

Clarke emphasized that the benefits of citizen science are plentiful, not only for the planet but for the participants themselves.

"Citizen science is a way to belong to something bigger than yourself and to inject maybe just a little bit more meaning and purpose into your everyday life," she said.

By understanding different scientific processes, anyone involved in citizen science will be able to make better-informed decisions on important issues such as genetically modified food and climate change. Clarke encouraged everyone who attended her talk to enrich their lives by joining the ranks of amateur scientists around the world.

A series aimed at helping all types of writers communicate effectively, accomplish their writing goals, and quickly get positive results.

Our company President, Chandra Clarke, announced today that we have qualified for membership in the Better Business Bureau.

Scribendi.com Named as Finalist in 6th Annual Stevie® Awards for Women in Business