Creative writing teachers love to dole out wisdom or advice about fiction writing, as if they're part of some esoteric order that guarantees enlightenment to all who memorize their pearls of wisdom. One of the most often quoted axioms is: "Show, don't tell." The idea is to keep students from explaining the story, that is, to stop them from using telling writing and get them to use showing writing instead.

Creative writing students have heard this phrase so many times it has essentially lost all meaning. In fact, it has become such an entrenched part of learning how to write that we seem incapable of recognizing the statement fails to fulfill its own standards. "Show, don't tell"? Pfft… Have you ever read a more telling sentence in your life? Never one to be content with the status quo, I have compiled ten tips that actually describe how to avoid telling writing.

This is probably one of the easiest ways to avoid telling writing. Dialogue allows readers to explore the scene as if they were there. Dialogue can also help with characterization, providing emotion, and accentuating mood. Here’s a fun exercise: try to write a complete story using only dialogue.

Another way to avoid telling writing is to make use of the five senses. Evoking the senses requires readers to recall their own experiences. Try to focus on the underused senses. Writers tend to focus on the senses of sight, touch, and hearing, but smell and taste are just as evocative. One of my favorite books as a kid was Jerry Spinelli's "Maniac Magee." It's the book that made me want to be a writer, all because of one phrase: "sweet onion smelling grass."

Description is sometimes problematic because it's so easy to overdo. Remember the job of description is to paint a scene, but only the necessary parts of that scene. You don't need to include every detail. Describe what is relevant and describe it in a new and fresh way. For example, instead of this telling writing sentence, "John was very tall," try something like, "John kept bumping his head on the top of the doorframe."

This is a great technique for finding instances of telling writing in your book. Nearly every instance of an adjective is an undeveloped opportunity for some great showing writing. Consider the phrase "smelly dog." As a phrase, it's fine, if boring. Try to show the smelly dog: "Joanna wrinkled her nose as the dog approached and then tried to sneeze the scent away." Your turn: try to think of other ways to describe a smelly dog.

5. Use nouns that work for you

Nouns are the laziest parts of speech in the English language. They don't really do much. Whatever they are, that's what they are. But nouns can be whipped into shape and used to avoid telling writing. Consider the difference between the words "husky," "dog," and "mongrel." They might all refer to the same thing; but ask yourself, which would you rather pet?

Avoiding adverbs is another relatively simple technique that will help turn your telling writing into showing writing. These little words are very easy to spot. Look for any word ending in "ly" and consider expanding it to show the story action. Instead of "She ran tiredly," consider the phrase "She ran until her legs pumped battery acid."

Using metaphors is another great way to avoid telling writing. However, as with description, you must be careful when using metaphors because they can cross into the realm of clichés in the blink of an eye. If creative writing has a crime worse than telling, it's being clichéd. If you use "in the blink of an eye," I will personally come and poke you in your blinking eye.

8. Be on guard for emotional qualifiers

I don't have many pet peeves in writing, but emotional qualifiers drive me absolutely nuts. Whenever I read the word "anguish" in creative writing, I see red. Words like "amazement," "happily," and "sadly" make my blood boil. Instead of using these empty words, find new and refreshing ways to describe emotional states, or better yet, allow your characters to convey their emotional states through action and dialogue. That being said, writers should also avoid clichéd gestures for emotion (e.g., biting fingernails to convey anxiety).

9. Be specific, not vague

The above points could be accurately summarized by stating that writers should be specific rather than vague. Telling writing does not deal in specifics, which allows writers to rely on generalizations. For some reason, writers sometimes fear that being too specific will alienate their readers, but the opposite is actually true. The more specific you can make your writing, the more accessible your writing becomes—and the larger your potential audience.

Now that you know how to show, you must remember one other axiom–with great power comes great responsibility. "Show, don’t tell" is not a license to overwrite. While researching this article, I came across sample after sample of over-written prose submitted as examples of "showing" writing. Good writing should mix showing and telling. Telling writing is boring. Writing that only shows has a tendency to be so over the top that it detracts from the story.

Ultimately, your goal as a writer should be to engage your reader with interesting, fresh, and concise prose. Admittedly, this is sometimes difficult, but Scribendi's book editors can critique your story and ensure that it is the best it can possibly be.

Make Sure Your Book Gets Published with Professional Editing 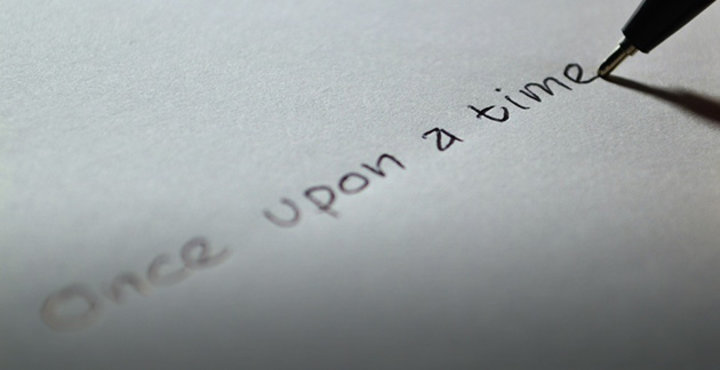