They're More Than Just Names, You Know

The English word noun comes from the Latin nomen, meaning name. We use nouns to name things, such as a person, animal, object, place, action, or abstract idea (e.g., boy, koala, block, farm, invasion, or kindness). Nouns can be defined more precisely by the other words that go with them. In particular, nouns often have the definite article "the" in front of them.

He liked the chocolate.

The difference between proper nouns and common nouns

Proper nouns are the names of individual people, places, days of the week, months of the year, or companies, such as Mary, Paris, Sunday, or Heinz. Because proper nouns name something specific, they are usually capitalized, regardless of how they are used.

Unlike proper nouns, common nouns do not name something specific and are not usually capitalized. Common nouns name members of a class or group of entities, such as city, book, day, or apple, in contrast to an individual entity, such as a particular city. Interestingly, some proper nouns have gradually developed common noun equivalents, such as china and cheddar.

The four properties of nouns

The four formal properties of nouns are case, gender, number, and person. Thus, how each noun will function depends on which property the noun is exhibiting. Consider the following examples for each of the four properties:

Case defines the role of the noun in the sentence—as the subject or object or to show possession. Nouns in the subject and object role appear identical in form; nouns that show possession, however, are slightly different as they usually require an apostrophe.

Gender classifies nouns into masculine and feminine, for example, king, queen, boyfriend, and girlfriend. In the past, many nouns changed their form according to their gender, for example, author and authoress. However, these days, the use of gender-specific nouns is rare. Many common nouns, such as engineer or teacher, can refer to men or women.

Number shows whether one or more objects are being referred to. Most nouns change their form when they become plural, by adding –s or –es, for example, cloud/clouds or church/churches. A noun ending in –y, preceded by a consonant, becomes plural with –ies, as in fly/flies, cry/cries, or city/cities.

But forming plurals is not always straightforward. There are many irregular forms of noun plurals, such as woman/women or crisis/crises. When in doubt, consult your dictionary, or submit your paper to one of Scribendi's English editing services.

Person shows whether someone is speaking (first person, I and we), is being spoken to (second person or addressee, you), or is being spoken about (third person, he, she, it, and they).

We, the leaders, will decide. (The noun leaders is in the first person.)

Class, pay attention! (The noun class is in the second person.)

A launch carried all the passengers. (The nouns launch and passengers are in the third person.)

Nouns can be classified further into count (or countable) and noncount nouns. Count nouns name anything that can be counted (e.g., four cats) and can be combined with numerals or some other kind of quantifier, such as one or several. Most common nouns in English can be counted. They can be singular or plural.

My cats are black.

Noncount nouns name something, usually a substance or a concept, that cannot be counted (e.g., air, mud, and anger). We usually treat non-count nouns as singular and use a singular verb.

This news is very important.

Most of my furniture is antique.

Whether or not nouns are countable establishes whether or not they can be used with determiners (modifiers of nouns), which include articles (a, the), quantifiers (five, many, few), or pronouns (these, this, those). We do not usually use these types of determiners with noncount nouns; instead, we use a countable noun to help out.

A bottle (countable) of water (noncount).

A cup (countable) of tea (noncount).

A third category is the collective noun, which can take either a singular or plural verb but is composed of more than one individual person or items (gang, jury, herd, flock). When the group is regarded as a unit, use the singular form.

The audience was silent.

The jury began its deliberation.

If individual members of the group are emphasized, use the plural verb.

The class are working on their individual projects.

Words that are usually nouns sometimes act as other parts of speech, such as adjectives or verbs. In this way, the noun joins with another noun to modify it, as in the term evening newspaper (evening is an adjective).

Take care when joining together long strings of nouns in an effort to be concise, for example, "elderly over-the-counter drug users" or "water resources development plan board meeting"; these phrases can sometimes reduce the clear communication of ideas. Instead, take some advice from our English proofreading professionals and place nouns in easily readable phrases.

Like most parts of speech in English, nouns have varied uses and may seem confusing at first, especially if English is not your native language. With practice and feedback, however, you will soon master all of the different types of nouns.

Polish Your Writing with Professional Proofreading 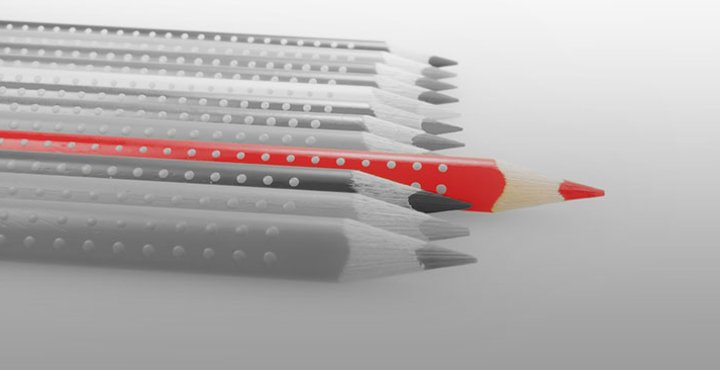 It's common for many people, including business professionals and first-time Scribendi.com clients, to be a bit unclear about the differences between editing and proofreading.