So Wrong It's Right: Bending Grammar Rules in Your Fiction Writing

Mastering the rules of grammar is a long, difficult process. You know what's even more difficult than learning the rules? Learning how to break them. Breaking grammar rules in fiction writing is tricky: how do you know which rules are breakable and which are non-negotiable? Luckily, the experts at Scribendi have some information to help you learn how to use grammar in fiction to enhance your story, characters, and narrative voice.

In character dialogue, you can be flexible about the use of colloquialisms, contractions, sentence fragments, ellipses, and sometimes—though you must be very careful about this last one—commas. Contractions, slang, and ellipses can be used to create more natural-sounding speech, as we see in this line from Cody, a high school student having an intense conversation with his mother:

If we were terribly concerned about Cody's use of formal grammar, the above sentence would look more like this:

"What is it that you are asking me? Do you want to know where I was last night? Oh, well, I was not at that party at the town pool, if that is the matter about which you are inquiring."

The first sentence obviously does much more to communicate Cody's manner of speaking, which makes it a better sentence. It's perfectly fine for Cody to use contractions, stutter, and end his sentences with prepositions. He's not a PhD candidate completing his thesis on molecular biology—he's a 16-year-old boy lying to his mother.

While learning the nuances of natural language versus correct language is an important part of writing dialogue, this casual usage must be accompanied by intelligent and thoughtful punctuation.

Many writers play with grammar in fiction by using sentence fragments. However, some authors depend too heavily on such fragments to establish their distinct writing "style." They see the freedom of fiction writing, and they get carried away! That's how some books end up with openings like this:

The wind on her cheeks. Firewood burning. Smells, sights, sounds. Her past, her future, her life. And now? Nothing. All of it. Like her. Gone.

This overuse of fragments creates many questions for the reader, and maybe even some frustration. Instead, strive for balance, like this:

The wind on her cheeks, firewood burning . . . all the smells, sights, and sounds of her life seemed to come together at once. She once had a past, she thought—maybe she had even had a future. And now? Nothing. All of it, like her, just . . . gone.

If sentence fragments aren't used purposefully, they're not contributing to your story; indeed, they're likely taking away from it. Instead of trying to use grammar in fiction to create your own style, focus instead on writing your story—your writing style will come through on its own. Don't try to force it with fragments.

If you think commas are required only when one would take a breath or semicolons and colons are pretty much the same thing, then you're simply not ready to start breaking grammar rules in fiction writing.

If you're an adept punctuator, here are some basic guidelines: you can't get creative with semicolons or colons, but you can play around a bit with commas, dashes, and periods. You can also see what happens when you neglect punctuation altogether, though this technique should be used sparingly and for a very clear purpose. For example, if your protagonist is enduring emotional turmoil, and your story is being told from his or her perspective, you might omit some punctuation to reflect a state of mind during a key event:

I looked everywhere for him, but he had disappeared. "Jesse?" I called, my voice wrought with the desperation and helplessness I was trying not to feel. "Jesse? Where are you? Jesse?" Before I knew what I was doing, I was running up and down the aisles of the store, my sandals slapping the cold tile with each pounding step, and I was yelling—no, screaming—for my son. My mind was racing, my breathing hard. Oh god what have I done where is he my son please god I can't have lost him oh god I lost him I lost him I lost him.

As you can see, there's a lot to learn about breaking grammar rules in fiction. You won't master it overnight, and it's certainly not something you'll conquer without a bit of help. The key to playing with grammar in fiction is being flexible and open to others' opinions. After all, your goal isn't to be the only one who likes (or understands) your work!

Publish Your Own Book. Get Professional Ebook Editing. 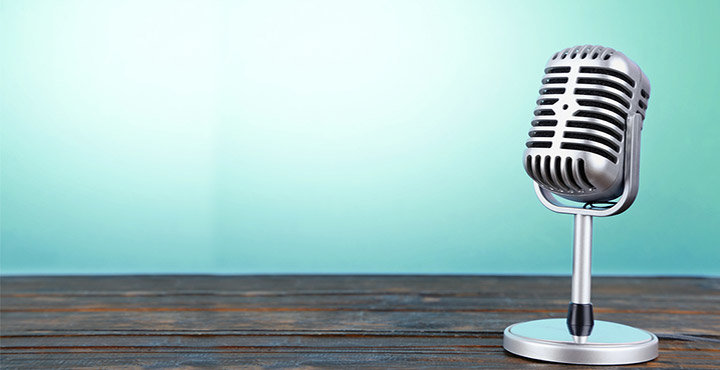 First person, second person, third person . . . sounds like a party to me! Learn how to identify and use narrative voice in your own writing.