Advice: "Advice" is a noun. It refers to guidance or recommendations that are offered to someone about a decision or course of action. When you give someone advice, you are telling them what they should do in a particular situation.

Advise: "Advise" is a verb. It refers to the act of giving someone guidance or recommendations.

The difference between "advice" and "advise"

"Advice" and "advise" are easily confused, given their similar (though not identical) pronunciations and meanings.

The difference between "advice" and "advise" can be seen in the following sentence, which uses both correctly:

When I asked my sister for her advice (noun), she advised (verb) me to travel by plane instead of by bus.

When to use "advice"

With respect to the above definition, you can use "advice" when you need a noun that describes a suggestion or recommendation. While the above version is by far the most common definition of this word, there are several less common usages of the word according to Word Reference:

1. A communication, especially from a distance, containing information

(e.g., advice from abroad informs us that the government has fallen)

2. An official notification, especially one about a business agreement

For the most part, knowing the primary definition will be plenty, as the other two definitions are rarely used.

An important point to remember when using "advice" is that it's an uncountable noun. This means that it can be used without an article and that it should not be pluralized.

Sue gave me some advice.

Sue gave me an advice.

Sue gave me some advices.

"Advice" is often used with the verbs "give," "take," and "follow." Here are a few examples:

1. Could you please give me some advice about what I should study?
2. John would be less stressed if he followed Sue's advice.
3. John finally took Sue's advice and booked a vacation.

Now that you know all about "advice," let's take a deeper dive into understanding the verb form "advise."

When to use "advise"

You can use "advise" when you need a verb that describes the act of giving someone a suggestion, a recommendation, or counsel. "Advise" is a verb that has both transitive and intransitive uses (in other words, it can be used with or without a direct object).

Transitive: John's doctor advised him to avoid sugar and alcohol.

Intransitive: John will act as his doctor advises.

According to the Merriam-Webster Dictionary, "advise" was borrowed by Middle English in the 14th century from Anglo-French "aviser," itself from "avis," meaning "opinion."

Following the general definition above, "advise" means to give a recommendation or advice, but more specifically, it can mean to warn someone (i.e., advise someone of the consequences) or to inform someone (i.e., give someone information or notice).

To warn: Sue's landlord advised her that she could be evicted for not paying her rent.

To inform: Her landlord also advised her that she had the right to speak with a lawyer.

How to remember the difference

To help you distinguish between the two words when you are caught on the spot, here's a quick and simple trick:

ADVICE contains the word ICE, which is a NOUN.

This trick will help you out in a pinch, and the best part is that it works for both speaking and writing! Note the following difference: "Advice" has the same "s" sound as "ice," whereas "advise" has a "z" sound like "size" or "memorize." As anyone who has learned English knows, one of the challenges is that what you see is not always what you pronounce. This trick will help you remember both the written difference and spoken difference between "advice" and "advise" to make sure that you understand and can be understood in both forms of communication.

You can always fall back on this rule when you need it, but you will probably find that with a bit of time and practice, understanding the difference between "advice" and "advise" will become effortless. 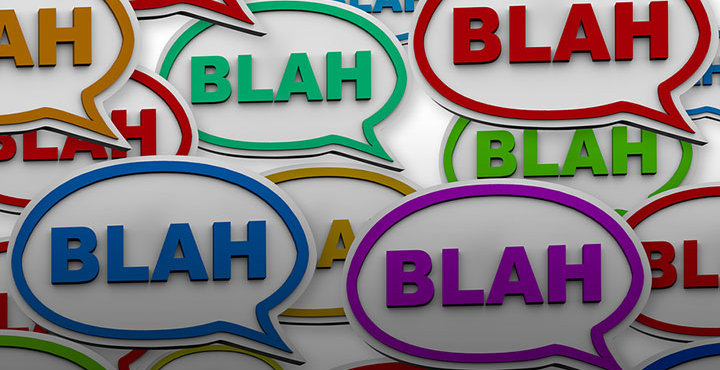 How to Reduce Wordiness

Do you find yourself writing sentences that are far too long? Have you ever re-read a sentence and struggled to finish it in one breath? If so, you may be suffering from something called prolixity, or in laymen’s terms, wordiness. Our editors suggest several ways to help you avoid wordiness and increase quality.

Learn everything about English grammar rules in our easy-to-read, online guide.