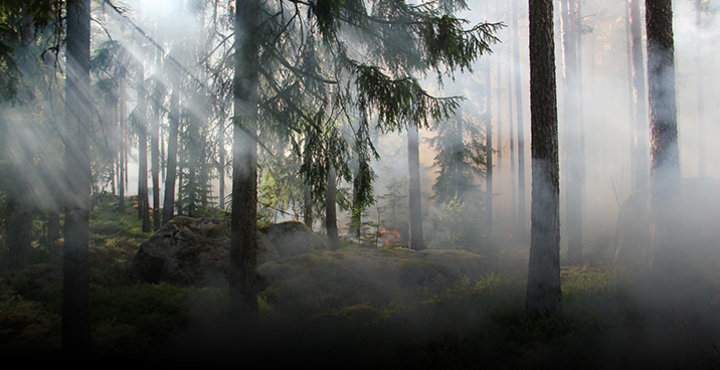 Infer vs. Imply: What's the Difference?

Infer: to come to a conclusion through reasoning. For example, "Based on the crumbs on his chin, I can infer that the Cookie Monster stole my cookie."

Imply: to suggest a truth or idea indirectly. For example, "When I gave the Cookie Monster a napkin and a glass of milk, he asked what I was trying to imply."

What word would use to fill in the blank in the following sentence, infer or imply?

It can be difficult to know when to use infer vs. imply because both words refer to perceived communication. You cannot actually see the fire, and no one has told you it's there, but because you know how smoke is created, logic dictates the existence of fire.

So if you guessed infer to the above question, you're correct! Infer means to derive as a conclusion from facts or premises. After seeing the smoke in the distance, you can infer that there is a fire. It is a verb that has roots in the Latin word inferre, which means to carry or to bring into.

Imply means to involve or indicate by inference, association, or necessary consequence rather than by direct statement. The existence of smoke implies the presence of fire. It is a verb that has roots in the Anglo-French word emplier, which means to entangle.

When to Use Infer vs. Imply

Infer and imply can be used to describe the same situation, just from different points of view.

For example, consider a scenario in which you are interviewing someone for a position in your company. The interviewee sits down with his arms crossed and sweat stains on his shirt. He stutters and has a hard time making eye contact.

The interviewee's body language implies that he is nervous.

Based on your knowledge of body language, you are able to infer that the interviewee is nervous.

Because they sound so similar and each relate to unspoken communication, it can be difficult to know when to use infer vs. imply.

To help you remember, think of it this way: before someone can infer something (e.g., the presence of fire), it must first be implied in some way (e.g., smoke in the distance). Because m comes before n in the alphabet, imply is the initiating action, while infer is the result.

Still worried about getting mixed up? Avoid confusing infer vs. imply in all your writing with the help of a professional proofreader.

Compliment vs. Complement: What's the Difference?

Learn the difference between compliment vs. complement to avoid mixing up these two similar words.