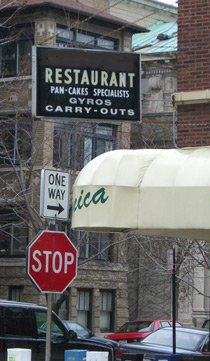 Are hyphens causing havoc in your humanities paper? Have dashes destroyed your dissertation? Don't let punctuation puzzle you any longer; we're here to help.

The hyphen: What it is and when it is used

A hyphen (-) is a punctuation mark that is most commonly used to split up single words or combine words that would ordinarily be separated. The hyphen shouldn't be confused with the en-dash (–) or the em-dash (—). We'll discuss dashes later, but for now, let's concentrate on the hyphen.

Our editors have come across some creative, albeit incorrect, hyphen placement while providing their professional editing and proofreading services. To help keep things clear, here are some examples of how to use a hyphen properly:

To make a two-word adjective

If you're writing about pollution caused by automobiles, you may write "automobile-related" pollution. It can be seen that both the words "automobile" and "related" describe the kind of pollution (i.e., they function as one adjective), so they should be hyphenated.

With some compound nouns

Words such as "add-on" and "get-together" are hyphenated. These words should not be confused with verbs. An "add-on" is a thing (noun) added to something else, and a synonym for "get-together" would be "party."

Generally, American English tends toward omission of the hyphen when it comes to prefixes ("readjust" or "midline," for example), while British English tends toward hyphenation in the case of prefixes ("pre-school," for example). However, there are no hard and fast rules. The best advice is to be consistent throughout your documents and refer to a particular style guide such as MLA, APA, or Chicago. There is one exception to this rule: A hyphen is mandatory in both American and British English when a prefix is applied to an adjective that is capitalized (e.g., un-American or anti-Christian).

If you want to imply the spelling of a word, then you may use hyphens. For example, the word "Scribendi" is spelled S-C-R-I-B-E-N-D-I.

We have written a comprehensive article about the en-dash and em-dash. But for a quick review, remember to use the en-dash (–) in the following ways:

To contrast values or illustrate the relationship between two things

Use an en-dash if you're discussing the score of a game (e.g., "the Blue Jays beat the Yankees 9–7") or if you're writing about a "mother–daughter" relationship.

Know when to use the em-dash

Use the em-dash (—) in the following ways:

To indicate a parenthetical thought

If you want to indicate a thought—one that doesn't fit grammatically into the sentence you're writing—you may use an em-dash. However, please note that this technique should be used sparingly, as too many thoughts that require the use of em-dashes or brackets can occlude your meaning.

To indicate that a sentence is unfinished or interrupted

This is usually used in dialogue. Here is an example:

Tom: "I never thought that we would—"

Last, it should also be noted that some fonts (such as Courier) will not produce these dashes. In this case, two (--) or three (---) hyphens are generally used for the en- and em-dashes, respectively.

We will help you handle hyphens

Still having trouble with hyphenation? ProofreadingCamp is our online proofreading course that will help you develop your proofreading abilities.