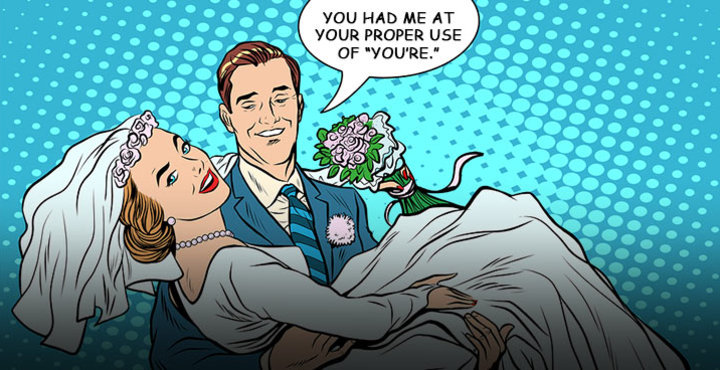 Grammar nerds have a bad rap.

Yes, we sometimes overstep social boundaries by excessively correcting people's grammar, but we have a lot of great attributes that often go unnoticed.

So whether you're a grammar nerd looking to entice a crush or you're in a relationship with a bizarre-but-wonderful grammar fanatic, it's time to celebrate these language-obsessed weirdos (and I can say that because I am one).

Without further ado, here are 50 great reasons to date a grammar nerd:

The first lines of a story set the mood and draw readers in. This infographic features first lines from some of the most famous books of all time.

It's a bird! It's a plane! No, it's a graphic novel! Whether or not you're a superhero fan, reading comic books is a great way to spice up your literary life.