Using the First Person in Academic Writing: Can I Use "I"?

Bringing Yourself Back to Your Academic Writing: Pronouns and Perspective

When academic writing is discussed, objectivity usually crops up. Researchers are expected to perform their research in a way that prevents bias, undue influence, and incorrect results. That can mean blinding research subjects from other subjects, preventing observers from having certain information about their subjects (e.g., age, gender, race, political affiliation), and even taking the person writing the final report out of the phrasing so the information presented is not treated as an opinion.

How important is it to remove the first person in academic writing? This article will look at whether the first or third person should be used when writing academically. You may be surprised by just how much the answer depends on the context of what is being written.

The Case against Using the First Person in Academic Writing

Back in the 17th century, Francis Bacon and other like-minded scientists were trying to figure out how scientific information should be shared. Bacon supported the idea of empiricism, which translates roughly to "seeing is believing." Though Bacon wasn't the first to espouse this perspective (it has been around since roughly 600 BCE), he did formalize it. He said there was only one way to ensure the human subjectivity of such vision: write down every single step taken when performing an experiment and provide justification for each step being the way it is. Sound familiar? Bacon was trying to keep scientists from misleading themselves while experimenting, seeing what they wanted to see rather than what actually was. That remains a goal of academic writing to this day.

For most scientists, using the third person in academic writing is essential. A first-person pronoun is a warning—a sign that only a specific person or group can perform a given experiment. Using the third person takes that subjectivity out of the picture, allowing anyone to do the work. "I" did not do the work; the work just happened, or "they" did it, and "they" could be anybody, making the action universal. Does "they" refer to a male research student in Saudi Arabia or a female Asian postdoctoral fellow in Scotland or a non-binary Aboriginal biological chemistry professor in Canada? Yes.

In Support of the First Person: The Passive Problem

The problem that most schools and publishers have with the third person in academic writing is one of voice, specifically the passive voice. Using the first person in academic writing practically guarantees the active voice will be used, since we seldom refer to ourselves passively. Nathan Sheffield pointed this out with an example for the Duke Graduate School's Scientific Writing Resource that is summarized here.

Active example: "We then analyzed the DNA using qPCR." The sentence is in the active voice, with "we" analyzing "DNA" with a tool, "qPCR." Simple and straightforward.

Passive example: "The DNA was then subjected to qPCR analysis." This sentence is in the passive voice, and the verb has been nominalized (turned into a noun), making the sentence bulkier with two unnecessary verbs and other words.

Yes, the nominalization could be done away with by using "The DNA was then analyzed using qPCR," but that raises the question of who performed the action. Using the third person carries ambiguity with it, and context will not always permit conciseness unless surrounding sentences explain who is doing the acting.

The Importance of Striking the Right Tone

So where does that leave you if you want to write academically? It depends on what you want to write. Some contexts will permit the use of the passive voice to maintain an objective tone (which uses the third person). Other contexts will permit a subjective tone (which uses the first person) if, and this is a big "if," you can justify it. The best way to justify a subjective tone is to make it helpful by using it to show agency (e.g., "While previous studies have focused on X, I have taken a Y perspective…") or progress (e.g., "We noted X after the reaction began…").

When it comes to writing, the terms "voice" and "tone" can be confusing. They may sound similar, but they are not. They are, however, easy to distinguish from each other if you know what to look for. Think of your voice as your writing style. Most academic writers will have a style provided to them before they start writing and will have to tailor their words and referencing to match that style. Voices are clearly defined and are recognizable when reading the work of a particular author or publisher. Think of your favorite fiction writer or a news source you like. You can recognize their voice in the words they repeat and the cadence of their writing. Even journals have voices, with some providing factual descriptions with little context (so the reader can focus on described experiments), while others offer rich backgrounds before giving details on what was tested, ensuring the reader can understand the subtleties at play in the presented study.

Tone, by contrast, changes depending on content and audience. You wouldn't talk to your parents in the same tone you would use to address a first-year class or to attend a job interview. All of these situations have different audiences and information in play, so we tailor our tone accordingly. Tone is where pronouns are determined and where the choice between first or third person gets made. Since academic writing has a consistent audience (fellow authors/students seeking supported arguments on a subject they're familiar with), it should be fairly easy for you to choose a suitable tone once you know your content.

Knowing When to Use the First or Third Person

The easiest way to write for your audience and content is to answer this question: If you were picking up your article for the first time, what tone would you prefer? On the way to writing your article, you likely read several articles on the same subject. What did you notice about them? Did they all take a passive tone with careful syntax so they provided information that could not possibly be considered biased? Did they each have a different perspective denoted by the authors' writing in the first person? These are your fellow authors, so treat their work with the respect it deserves, and don't be afraid to borrow their tone while also citing their facts.

Philosophy and arts articles tend to use personal experience to illustrate ideas or point out parallels between current and past work. Gender studies usually draw on specific perspectives that can be bolstered by personal experience. So trot out the "I" and "we" if writing about these subjects or if you are offering a subjective disagreement, giving instruction on how to teach, offering a narration, or describing someone's reactions.

If you are going to be writing on religious subjects (where personal devotions can draw accusations of bias) or scientific information (where the focus is duplicating your research instead of your perspective), use the third person. If you want to convince the reader of your argument's validity, "I" is not your friend, because it will be too easy for a detractor to label your logic as an opinion.

In summary, using the first person in academic writing successfully requires a careful assessment of context, situation, and tone. But it can be done. At the end of the day, you are the writer. If you haven't been asked to adhere to a particular style, you can use whatever literary tools are necessary to show your enthusiasm and academic worth. You can seek outside advice, including professional editing and proofreading, to help you polish your work. However, the final choice on whether to mention yourself in your writing rests with you.

A Scribendi in-house editor, Anthony is happily putting his BA in English from Western University to good use with thoughtful feedback and incisive editing. An avid reader and gamer, he can be found during his off hours enjoying narrative-driven games and obscure and amusing texts, as well as cooking for his family.

Improve your English skills with these 6 ESL writing activities. 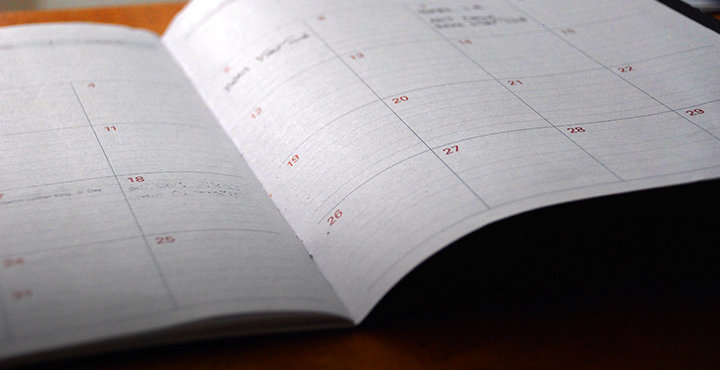 It's the end of the first day of classes, and the enthusiasm you initially felt for the new school year has given way to a growing sense of apprehension. This is post-secondary education and you are not entirely sure you can handle it. In addition to a vastly greater academic workload than you may have been accustomed to, college and university will present an array of other challenges.