How to Write Scientific Names

"The beginning of wisdom is to call things by their proper name." – Confucius

Understanding the rules for writing a scientific name

Precise terminology is vital in scientific writing. Therefore, the current system of taxonomy ensures that authors use standard scientific terms.

While naming and categorizing plants and animals has been a common human practice for thousands of years, early attempts were not systematic, so they were sometimes a bit flawed. For instance, in Ancient Greece, Plato was renowned at one point for his definition of a man as a "featherless biped." His fellow philosopher Diogenes responded by bringing forth a plucked chicken and proclaiming it to be a man.

The creation of a universal system of scientific names is relatively recent, starting in the eighteenth century with the foundational work of naturalists such as Carl Linnaeus. The modern system of taxonomy ensures that, no matter a person's spoken language, they can be confident that they are referring to the exact same species or taxa as other scientists. This standard framework underpins the entire body of scientific research that seeks to understand the living things in our world and how they relate to each other.

Accordingly, learning and following the rules for writing a scientific name is essential for any scientific work. This post will provide a brief overview of the taxonomic system of living organisms and how to write the scientific name of any plant or animal.

How to write scientific names

The basics: What is binomial nomenclature?

The system of binomial nomenclature was first developed by Linnaeus and is still used today.

In it, each individual species of organism is given a Latin name consisting of two key elements:

However, it is important to note that a scientific name can also contain a subspecies if additional information is necessary to correctly identify a specific animal.

All scientific names are standardized by international codes.

Example: What is the scientific name of a cat?

For instance, the scientific name of the domestic housecat is Felis catus (note that because scientific names are in Latin, they are always italicized when written, and the first word is always capitalized).

In this case, Felis denotes the genus and catus denotes the species. Together, these two pieces create the scientific name of a domestic cat.

To better understand the significance of these categories and how this furry little carnivore fits into the natural order of things, let’s briefly review the hierarchy of all seven classification levels of the domestic cat.

While these classifications are useful and interesting, only genus, species, and (if applicable) subspecies are necessary to create a standard binomial scientific name.

Phylum: Chordata (subphylum Vertebrata)—this category includes all animals that have chordates or backbones.

Order: Carnivora—as you can probably guess from the name, this category includes all carnivores.

Species: Catus—here, we’ve finally arrived at the particular brand of small cat that has become a friend (or master) of humans. This species includes between 40 and 50 breeds of cats.

Example: What is the scientific name of a dog?

Likewise, the scientific name for the domestic dog is Canis lupus familiaris. In this case, Canis denotes the genus; lupus, the species; and familiaris, the subspecies.

Your friendly neighborhood Pomeranian is considered a subspecies of Canis lupus—the gray wolf!

How to format scientific names in academic writing

Publications and style guides may vary. However, the scientific name of any species of plants or animals should almost always be italicized.

In addition, the genus (the first component of the name) should always be capitalized, while the species and subspecies are kept in lowercase.

As mentioned, binomial scientific names should always be italicized, but any category above the level of genus is typically written in roman (i.e., non-italicized) text. The exceptions are bacteria, fungi, and viruses; for these taxa, italics are also used at the family level.

Additionally, when writing a scientific name multiple times in a text, the genus is often abbreviated to include only the first letter after the first use of the name. For instance, one may write:

"Felis catus belongs to the order Carnivora. This means that F. catus subsists primarily on meat."

Lastly, make sure that you use and format scientific names consistently throughout your paper, article, or thesis.

When working on a sizable document, making sure that scientific terms are consistently written and formatted throughout can be a labor-intensive and time-consuming task.

That's why it's always helpful to get a second set of eyes on your work before submitting your final draft. You can ask a friend or colleague to look over your work or use a professional editor. With that, you can rest easy in the knowledge that your reader will easily understand and appreciate your work without being put off by any errors or inconsistencies. 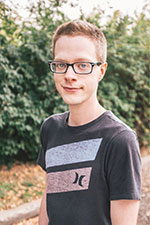 Daniel Ruten is an in-house editor at Scribendi. He honed his academic writing and editing skills while attaining a BA and MA in History at the University of Saskatchewan, where he researched institutions and the experiences of mental patients in 18th-century England. In his spare time, he enjoys producing music, reading books, drinking too much coffee, and wandering around nature.

Quotation Marks: When to Use Single or Double Quotes

Can't decide between single or double quotes? We'll teach you how and when to use single and double quotation marks.