I've recently come to the realization that I am not an IT kind of person. I tried to be for a long time; I even knew some fancy words and kind of knew HTML. If need be, I can work in Linux, but I really only know enough to get myself into trouble. I'm the IT equivalent of the guy who goes to the hardware store on the weekend with the intention of redoing the plumbing in his house. I may know how to use a wrench, but sooner or later, I'm going to have to call a plumber. I am, by trade, an editor and writer. So am I, the astute reader might ask, the right person to write an article entitled "A Microsoft Office 2010 Review"?

The answer is quite simple. I am the right person to write this article because I am not an IT guy.

I am not concerned about how Microsoft redesigned the set-up architecture, or that settings specified in the Config.xml now take precedence over duplicate settings in the Setup customization file. I don't even know what that means! I only care about the important stuff. I only care about the stuff that's been removed, the stuff that's been changed, and the newly introduced elements. These are the things I will be covering in this Microsoft Office 2010 review.

Things that have been removed

Microsoft Office Document Imaging and Microsoft Office Document Scanning have been removed. These two features were used to scan documents and produce editable text from those documents and were handy if the information a user needed was only available in hardcopy. The Office Diagnostic Tool has also been removed. Office Diagnostics 2007 was a feature that helped users figure out why Microsoft Office 2007 was crashing and provided them with possible solutions. AutoSummary, the feature that listed the document's Title, Subject, Author, Keyword, and Comments, has also been dropped. These seem to me to be the most significant features that have been removed, which is why I have highlighted them in my Microsoft Office 2010 review.

Things that have been changed

In this Microsoft Office 2010 review, I will discuss two main features that have changed and a lot of people are very excited about them. The first change is the ribbon, which was initially introduced in Office 2007's Word application. A lot of users liked the ribbon, but found it very frustrating when they had to switch back and forth between different types of menu organizations when using different applications. The ribbon is now found across all applications. This means there is now a standard way to change font, document layout, and make other formatting decisions.

The second major change in this Microsoft Office 2010 review concerns Outlook, to which there have been two major changes. The first allows you to easily manage email conversations using conversation view. This allows users to see an entire email conversation without having to search through their entire inbox to follow one conversation thread. The second change is the Outlook Social Connector, which allows users to view their email and social networking sites in one location. Currently, this application only works with LinkedIn and MySpace, but Twitter and Facebook are apparently in the works.

My favorite addition to Microsoft Office 2010 is the new Backstage feature. This feature is found in all applications, but differs in each application. Backstage is accessed by clicking on the File button and allows users to see all the things they can do with a file once it has been created. This is where all of your options such as printing, saving, opening, and closing are located, but also where you will find application-specific options. For instance, in Outlook's Backstage, you can modify email settings, save email attachments, and archive emails.

Another great addition is Paste Preview. This allows users to see the various options for pasting information into their document. The options are keeping the original text formatting from the source document, merging the formatting of the source document with your current document, or keeping only the text. The options themselves, however, are not new. In Office 2007, users were able to do this but had to make the decision and then see the results. In Microsoft Office 2010, users can simply hover their mouse over the option and get a preview as to what their choice will look like.

In this Microsoft Office 2010 Review, I have noted many of the most significant changes in the latest edition of Microsoft Office. However, it should be noted that one aspect that hasn't changed is the file extension. Thankfully, Office 2010 still uses the same .docx extension that 2007 used. So, there you have it—a brief Microsoft Office 2010 review. Scribendi does its very best to keep up to date with technology and we want you to rest assured we will be ready for the 2010 documents when they start rolling in.

Scribendi is always in the market for experienced proofreaders and editors who are looking for a convenient freelance/telecommute employment opportunity. 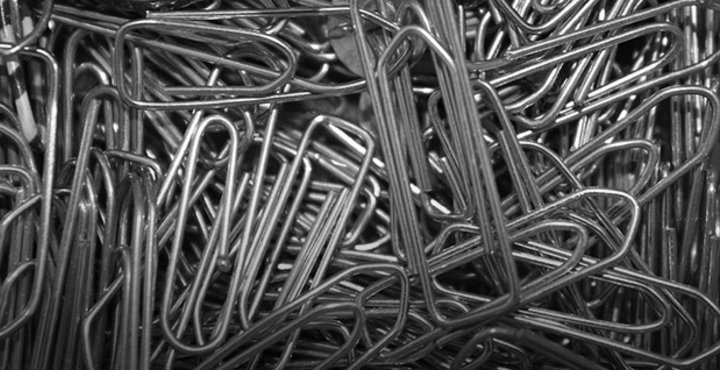 While it's natural to simply want to put pen to paper and begin plugging away at that technical document or business proposal, a little planning before you begin to write may save you from a room full of blank stares at the next office meeting.