Slang is an informal form of language that is commonly used in close relationships or casual settings.Anyone who has studied a new language will know that slang is one of the most challenging topics to master.

In English, slang terms generally fall into one of a few major categories. These categories can be any of the following.

Why you should study English slang

1. Improve your vocabulary and sound like a native speaker

To make things even more confusing, slang is constantly in flux as new words become popular and old words fall into disuse. That being said, the benefits of learning slang greatly exceed the negatives. Using informal language can make your speech and writing sound less like it's coming from a textbook and more like it's coming from a native speaker. Slang can add a natural flow to your speech and increase your situational vocabulary.

2. Add some fun into your English practice

Beyond these practical reasons for learning slang, using this form of language is—quite simply—fun. In some cases, it can make you sound like a character in a Hollywood movie. Learning and practicing slang adds a bit of entertainment to your language study routine, which can bolster your motivation and help you stay focused on reaching your study goals.

To help you master this tricky topic, we've decided to create a series of articles exploring English slang. This article, which delves into English terms of endearment, is the first of this series. Using these terms, rather than a person's given name, personalizes your relationship. Furthermore, they can serve as an easy, low-stress way to show your affection for someone.

How to use pet names in a sentence

Learning how to use these terms is actually very easy! Wherever you would use a person's regular name in a sentence, simply replace their name with a term of endearment. The only difficult part is trying to remember all of them.

If you're ever unsure of how to use particular English terms within your writing, you can always check our resources section for further information or have your document edited or proofread by a professional.

Your tone of voice is very important

When you use affectionate terms, it's vital to consider the tone of your voice. When said in a genuinely warm, pleasant tone of voice, these words usually elicit a positive response in the person that hears them.

However, many of these terms are diminutive. Essentially, they place the recipient in a vulnerable state, for example, casting them as something smaller or weaker than they actually are. As a result, when these words are used in a harsh or dismissive tone of voice, they can easily turn into an insult—the exact opposite of their intended purpose.

While there will always be regional variations in English, there are some common terms of endearment that you'll find in most variations of English.

It's OK to be creative

Since terms of endearment are personal, you're also entirely free to create your own. Examples of creative variations might be something that rhymes with your name or symbolizes a memory that you share with that person. Creative terms can also be a completely random combination of sounds. Often, the most unusual terms of endearment are given to people's pets. As mentioned above, there are many regional variations in English. Depending on where you are in the world, you may encounter new terms or common terms being used in unusual ways.

In Britain, "luv" or "love" can be used to refer to almost anyone in your life. However, in North America, you would only hear this word being used between children and caregiving adults or romantic couples—and certainly not with your coworker.

Variations can also occur between cities in the same country. In Glasgow, a woman could affectionately be referred to as a "hen." However, if you were to travel to a city just a few hours away, it's likely that this term would not be acceptable.

When to use pet names

Every relationship is different, and it can be difficult to know when it's okay to start using these terms. As a general rule, these words are often reserved for meaningful or long-term relationships.

For example, it would certainly sound odd to use one of these terms just 24 hours after meeting someone. If you're uncertain, it's always best to ask if it's all right for you to use a particular word. A simple "Is it all right if I call you …," can save a lot of awkwardness.

Don't use pet name in these situations

Speaking of awkwardness, there are certain situations in which it's generally inappropriate to use these terms. For example, you should avoid using these terms in the following:

In addition, if you don't know someone very well, your use of these words could be interpreted as an attempt to intimidate or insult them. The recipient might feel that you're being either overly familiar with or condescending toward them. This is also a good point to remember when using expletives.

Unfortunately, while there have been studies and surveys on the impact of these terms in relationships, the total number of them is relatively small. However, a hallmark study by Carol J. Bruess and Judy C. Pearson in the Journal of Social and Personal Relationships found a positive relationship between using terms of endearment and marital satisfaction within the first five years of marriage. Another project—which involved sociology professors Pepper Schwartz and James Witte and author Chrisanna Northrup—surveyed nearly 100,000 participants from across the world. Their findings, which were published in the book The Normal Bar, found that roughly two-thirds of American respondents used pet names in their relationships. Furthermore, among participants who were "very happy" in their relationships, 76% used pet names.

A word of warning

But, pet names might not be for everyone. If your partner genuinely dislikes them, forcing a pet name on him or her is certain to have a negative effect on your relationship. Additionally, many affectionate terms, while appreciated in private settings, can be very embarrassing when used in public settings where others might overhear them.

You also run the risk of overusing them and never referring to your partner by his or her given name. People like to hear their name. If you never use it, your partner may feel alienated without quite knowing why. Another problem is posed by their long-term use. A frequently used pet name will start to be taken for granted as the years pass. Essentially, it stops registering as something special. Rather than always relying on the same term, considering trying out a new one every so often.

One of the sweetest things about terms of endearment is that they appear to be a universal phenomenon. Across the world, many languages rely on slang as a way to strengthen bonds. In French, you might be called "mon petit chou" or "my little cabbage." In Arabic, a beautiful woman might be referred to as a "ghazal" or "gazelle." In Thai, you might be a "chang noi" or a "little elephant." If your first language isn't English, we'd love to know what some common affectionate terms are in your native language. Feel free to reach out to us on social media and share them.

After finishing this article, you should now be much more familiar with what English terms of endearment are and how to use them. Your next step? Think of an affectionate term that your family member, partner, or pet might appreciate, and go out there and practice!

Emily has thrown caution to the wind and pursued a riotous, life-long love affair with English. Over the years, she's worked as an English teacher, an editor, and a copywriter and is now happily employed as Scribendi's junior content marketer. When she's not reading or writing, she's exploring the outdoors. 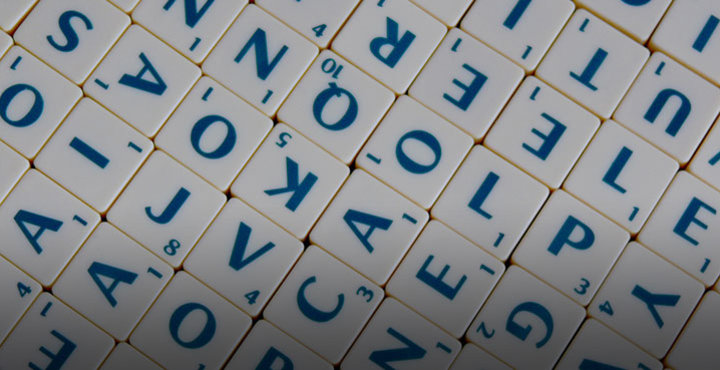