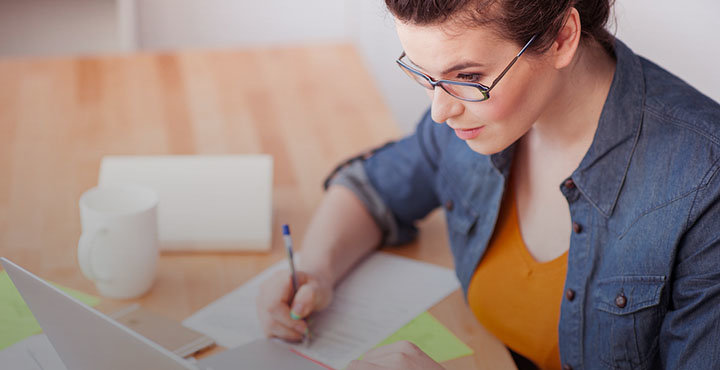 What to Capitalize in a Title

Do you ever encounter titles in which every word is capitalized? It's understandable why some authors and publications do this. The advice that is commonly given in terms of capitalization in titles is very vague, and rules vary based on the style guide being used.

Although capitalizing your title correctly can be difficult, there are several concrete rules that you can rely on when it comes to capitalization in titles. Title case is used for titles, headings, subheadings, and headlines. Here, we'll be describing the rules for writing in title case, as outlined in the Chicago Manual of Style, which is a very common style guide. However, we'll also offer some resources at the end of this article that discuss some of the variations in title case, based on the rules of other style guides.

1. Always capitalize the first word as well as all nouns, pronouns, verbs, adjectives, and adverbs.

Let's go back to that rule about major words that we referred to earlier. Though the word major may seem a little bit vague, this essentially refers to all nouns, pronouns, verbs, adjectives, and adverbs. In addition, all major style guides indicate that the first word of the title should be capitalized regardless of the word's role as a part of speech. So, yes, even if the first word of the title is not a noun, pronoun, verb, adjective, or adverb, it must be capitalized.

As long as you know your parts of speech, you should have no problem identifying the words that require capitalization. Here are some examples:

In this example, both Grapes and Wrath are nouns, so they should be capitalized. The is capitalized because it is the first word in the title.

Here, both Man and Sea are nouns, while Old is an adjective that modifies Man. Because they are nouns and adjectives, these words should be capitalized.

2. Articles, conjunctions, and prepositions should not be capitalized.

Though it is sometimes said that small words in a title do not require capitalization, let's be a bit more specific. After all, many nouns and verbs are small (e.g., dog, go), but these words still must be capitalized. The small words we are referring to in this case essentially include articles, conjunctions, and prepositions, which should not be capitalized (again, unless they are the first word of a title). There are only three articles in the English language (a, an, and the), so pinpointing these words in a title should be a cinch. Conjunctions like and, nor, but, for, and or should also be written in lowercase.

Let's break down this example from William Faulkner. Sound and Fury are nouns and must be capitalized. Though the is used twice in this title, only the first appearance of this article needs to be capitalized, because it is at the beginning of the title. Finally, and is a conjunction and should be written in lowercase.

In this example, at is a preposition that adds spatial information to the sentence and should be written in lowercase. Bury (verb), My (possessive pronoun), Heart (noun), and Wounded Knee (proper noun) are all capitalized.

Okay, things get more complicated here. When prepositions function as adverbs, they should be capitalized. (Near and beneath can act as either prepositions or adverbs.) When does a preposition function as an adverb, you ask? A good way to determine this is to identify the part of speech of the term following the word that you are unsure about. If the word that follows is a noun, then the term you are unsure about is probably functioning as a preposition. If a noun does not follow the term, then the word is an adverb and should be capitalized.

3. Capitalize the first element in a hyphenated compound.

If a title contains a hyphenated compound, then the first element must always be capitalized. The other elements of the compound are generally capitalized, unless they are parts of speech that are not capitalized (articles, conjunctions, or prepositions).

In this example, Half-Blood is a hyphenated compound. Blood is capitalized because it is a noun.

If you come across a title that contains a hyphenated compound with a prefix that cannot stand as a word on its own, the second element of the compound should be written in lowercase (unless it is a proper noun or proper adjective). Examples of this include such words as "Co-owner" and "Re-elect."

4. Capitalize both elements of spelled-out numbers or simple fractions.

When a spelled-out number or simple fraction is used in a title, both components require capitalization.

You're getting to be an expert with title case capitalization, so instead of rehashing what we have already learned, let's move on, shall we?

5. If the scientific name of a species is mentioned, the second portion of the name must be written in lowercase.

This is one of those picky rules that is easy to overlook. This rule will most often apply to the titles of academic works in the medical or scientific fields. If you are working with a title that contains the scientific name of a species, then the second portion of the name must be lowercased.

6. Pay attention to the specific requirements of the style guide.

The rules outlined above are the usual conventions when it comes to title case capitalization rules, but make sure that you check the specific style guide that you are using. In addition to formatting, many style guides have established their own rules for the proper use of title case. And though many of these style guides follow the basic rules outlined in this article, there are some variations that you definitely must consider.

For example, remember the previous point about prepositions always being written in lowercase? Well, let's compare two style guides to clarify some of the differences that exist.

According to the Chicago Manual of Style (8.157), a long preposition, such as between, should be written in lowercase. However, some style guides allow for all words that are longer than five letters to be capitalized (such as in the style guide of the Associated Press).

Here are some useful links that provide more information on the rules for title case capitalization according to various style guides:

Though properly capitalizing a title of your own might be difficult, we hope that this guide has eliminated some of the confusion regarding what to capitalize in a title. The majority of the rules are pretty straightforward, but others (such as the capitalization of prepositions) vary among style guides. Make sure you know which style guide you want to use and that you stick to it.

Capitalization in English entails quite a bit more than simply knowing to begin names and titles with capital letters. Our editors will guide you through the quagmire that is capitalization.