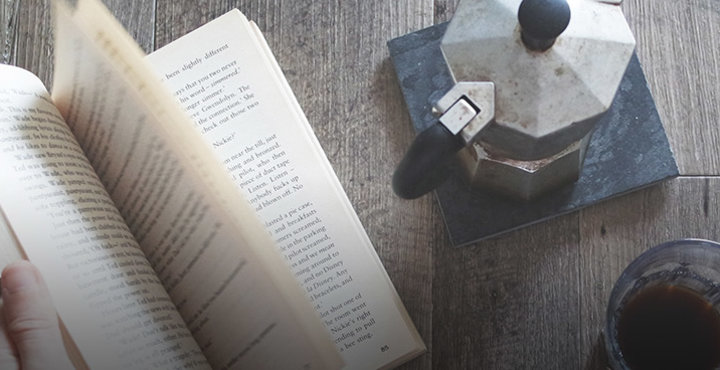 What is Back Matter?

The guide to what you type after you type THE END

Though it sounds like something you'd find in a sci-fi novel, back matter is far less complicated than dark matter (and you don't even need to know anything about the physics of gravity). Just as front matter is what you find at the beginning of a book, back matter, simply put, is what you find at the end of a book—the sections that appear after the central story has been completed.

These sections of back matter are often supplementary in nature, and inform the reader about some aspect of the book. The different elements of back matter can vary, and choices largely depend on what each particular book needs.

An epilogue is a type of back matter that comes immediately after the main text, and occurs most often in works of drama or literature. The central focus of an epilogue is to provide a sense of closure for the work, and, in actual practice, it is used as the final chapter of a story, as a continuation of the narrative.

An epilogue can, however, be a direct address to the reader, though this tactic could also be called an afterword. Epilogues often reveal the fate of different characters and tie up loose ends—sort of like literary housekeeping.

The afterword generally explores how the book came to be written, or how the ideas were developed. In later editions, the afterword may be written by someone commenting on the book's historical and cultural impact. Why is this book being re-issued? The afterword will let you know.

A postscript is like an informal afterword. It is typically found in letters and personal communications as a type of concluding comment that follows the main body of writing. Postscripts are often indicated by the initials "P.S.," indicating the Latin post scriptum, which means “written after." A formal postscript, in a book's back matter, is usually called an afterword.

An extro can be used to conclude a work; it is the opposite of an introduction. These are more common in music than books.

An appendix is back matter that provides supplementary information about the book, providing details, updates, and corrections to earlier material.

A glossary (sometimes known as an idioticon, vocabulary, or clavis) is a collection of terms, typically alphabetized, from the book. The task of this back matter is to explain new, uncommon, or specialized terms, providing a clear definition for the reader—think of it like an attached and personalized dictionary.

An index is used to find terms in the text. This back matter is composed of an alphabetized list of terms, and indicates where in the text these terms are used. The index is like a travel guide to the book itself.

A bibliography (also called a works cited or reference list) is a list of books or sources that have been used in the book at hand, or are relevant in some way. There are varying types of bibliographies, and varying levels of detail. The annotated bibliography, for example, provides publishing information as well as a description of the text and its relevance.

Other forms may be far briefer, and these bibliographies can be organized in different ways: an alphabetical layout is typical, but they can be arranged by theme, topic, relevance, or any number of other principles. Bibliographies are like roadmaps to further reading.

This back matter appears at the end, and provides information on the printing and publishing process of the book, particularly in regard to the technical details. It touches on things like the paper, ink, and binding used. A "Note on the Type" might be included, or be added separately, providing information on the font/typeface selected for the book, as well as its history and characteristics.

There you have it! Now you know what to do after typing THE END. If you're still concerned about the back matter you might need, or how to format these sections, you can send your work to Scribendi's seasoned manuscript editors—a few of them even understand gravitational physics, if you want some dark matter in your back matter.