Halloween is here again! This is the best time of year for book lovers. We can actually pretend to be our favorite character. We get to dress like them and talk like them, and no one can give us a funny look because it's Halloween! And honestly, books are the best inspiration for costumes anyway.

For all you book lovers who haven't decided what to be this year, check out these literary Halloween costumes that are guaranteed to skyrocket you to the top of the best-dressed list.

Jack Torrance, of Stephen King's The Shining, is the writer who loses his mind while trying to write his novel (sound familiar?). He then tries to murder his lovely wife. (But don't worry, he’s not going to hurt her—he's just going to bash her brains in.)

To get the full Jack Torrance look, start with a plaid shirt, throw on a red sweater, and carry around a fake axe. Your hair should be messy, and it helps if you make "crazy" eyes for the entire night.

Not feeling the serial killer vibe this year? That's all right—turn up the creepiness factor as Ms. Havisham, the spinster from Great Expectations by Charles Dickens. After being abandoned at the altar, Ms. Havisham goes a little crazy. She refuses to take off her wedding dress or throw out her wedding cake . . . for years.

As you can imagine, this look requires a very dirty wedding dress and a bouquet of dead flowers, and if possible, only one shoe. You can usually find an old wedding dress at a thrift store, or you can purchase a ghoul bride costume.

Jay Gatsby and Daisy Buchanan are the star-crossed lovers of Scott Fitzgerald's The Great Gatsby. These two put the "fun" in "dysfunctional."

Gatsby wears a white suit, a grey (or silver) shirt, and a gold tie. This is the outfit he wears when he is reunited with Daisy, but you can always substitute it with your fanciest tuxedo and a pastel shirt.

To make your costume really shine, drink out of champagne glasses, and call people "old sport" throughout the night.

Daisy wears a classic flapper dress (the more sparkles, the better). You can purchase flapper costumes at Halloween stores. You should also include a fancy headpiece, and if you want to stay true to the character, invest in a blonde bobbed wig.

Tyler Durden and Marla Singer are the couple from Fight Club by Chuck Palahniuk. Tyler is a soap salesman and a founder of the Fight Club. Marla is a girlfriend with some commitment issues. When creating this costume, think '90s grunge.

Tyler Durden wears a bold, printed shirt with a red leather jacket. Use Halloween makeup to give the look of a beat-up face (e.g., a black eye or a cut on your cheek). You can also throw on a pair of sunglasses for the ultimate cool look.

Katniss Everdeen, a.k.a. the Girl on Fire, is a District 12 tribute who became the symbol of the rebellion. She is the protagonist of Suzanne Collins' Hunger Games series. This particular look is taken from the third installment, Mockingjay.

You can purchase this look in stores, but if you are looking to do it yourself, it’s pretty simple. Wear black on black with some leather boots and accessories. Add a fake bow and arrow, and braid your hair to the side.

Stanley Yelnats is the wrongly accused resident at Camp Green Lake in the novel Holes by Louis Sachar. At this correctional facility, the boys must dig a hole as deep as their shovel every day.

This look is simple to DIY. All you need is an orange jumpsuit, a red hat, and a small shovel to carry around. Make sure to cover yourself in dirt and, if you want to go the extra mile, carry a small stuffed lizard with you.

The Man in the Yellow Hat

The Man in the Yellow Hat is from the iconic Curious George children's books by H.A. Rey. This costume is easy to replicate. Wear a completely yellow outfit, add in a yellow hat, and a carry a stuffed monkey with you.

You are guaranteed to turn heads in a Charlie Brown costume. The character was created by Charles M. Schultz in the "Peanuts" collection of comics.

This costume requires a yellow shirt (preferably with a zig-zag pattern), a bald cap (unless you're already bald) with Charlie Brown's signature hair squiggle, and a small stuffed Snoopy dog.

Oliver Twist is the protagonist and titular character of Charles Dickens' Oliver Twist. The young boy tries to make his way on the streets of Victorian England.

To look like Oliver, wear a newsboy cap, brown pants, and a dirty shirt. You can also make your face look dirty with Halloween makeup.

To complete the effect, speak with a British accent all night and hold up an empty bowl, saying "Please, sir. I want some more." You never know—you might just get more candy out of it!

If you are looking to win the Halloween beauty contest, then we recommend the lovely Miss Scarlett O'Hara, from Margaret Mitchell's Gone with the Wind.

This look requires petticoats, a green dress (or a dress with green accessories), and a red wig. It is also important that you speak with a Southern accent for the entire night.

Willy Wonka, the eccentric factory owner from Charlie and the Chocolate Factory by Roald Dahl, is always a crowd pleaser. You can buy this costume at most Halloween stores, but if you're looking to DIY, you will need a long purple coat, top hat, and a cane. Feel free to give away candy and break into song at random moments.

Effie Trinket is a guide from the Capital in Suzanne Collins' Hunger Games series.

An Effie Trinket costume wouldn't be complete without a butterfly dress and big hair. More is more with this costume. Accessorize with huge eyelashes, big shoes, extravagant makeup, and a lot of jewellery.

Alice and her squad from Alice's Adventures in Wonderland, by Lewis Carroll, are some of the most recognizable characters of all time. Depending on the size of your group, you can keep it small with Alice, Mad Hatter, and the Queen of Hearts. You can also add the Cheshire Cat, Tweedle Dee, and Tweedle Dum.

You can find these costumes in most Halloween stores, but they are also fairly easy to create yourself with thrift-store finds.

The Wizard of Oz

Dorothy and her friends in Oz from The Wonderful Wizard of Oz by L. Frank Baum are a super-fun group costume theme.

Travel the yellow brick road as Dorothy, the Cowardly Lion, Tin Man, and Scarecrow. Still need more costumes? Glenda the Good Witch, the Wicked Witch of the West, the Wizard, Toto, flying monkeys, and some munchkins are still available. All your friends can be included with this themed costume!

Literature is definitely one of the best places for costume inspiration. These literary Halloween costumes are guaranteed to put you on the best-dressed list. 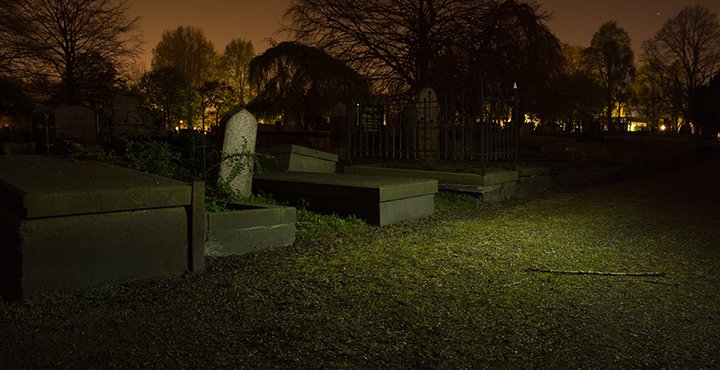 13 Ridiculously Fun Horror Tropes to Play with This Halloween

To get into the Halloween mood this October, kill your boredom and improve your writing skills with one of these fun horror tropes!

7 Things Famous Monsters Can Teach You About Writing [Infographic]

Horrific? More like prolific! Here are some writing tips from some of the best-loved monsters of all time. It may be true that good writers find inspiration in the most unusual places, but did you know that the best writers take their inspiration from the most unusual creatures? 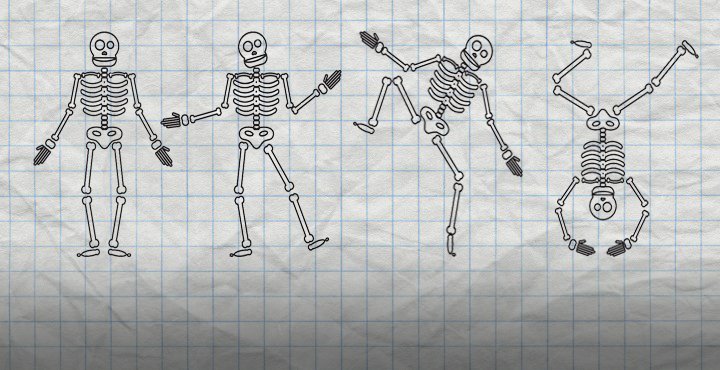 Bone-ified Blog Structures to Rattle Readers and Keep them Interested

Readers easily tire of seeing the same old blog posts all the time. Bring your blog back to life with these four blog post structures.