Exclamation marks are arguably one of the most controversial punctuation marks in the English language. Some writers love them; others hate them. F. Scott Fitzgerald likened using exclamation marks to laughing at your own jokes, but Tom Wolfe can't get enough of the little marks.

They are almost universally panned in academic writing as unnecessary, indulgent, and childish (yikes!), but as the definition of what constitutes academic writing has broadened, the rules about exclamation marks have been relaxed.

Creative writing is far more accepting of them, but there are still some guidelines that should be followed. To further complicate an already complicated topic, the explosion of computer-mediated communication has caused a radical shift in the meaning and significance of exclamation marks.

The general rule in academic writing is to not use the exclamation mark. The long version of that rule is that many academics think that if a writer needs a special mark to add emphasis, they are not doing their job as a writer.

In academic writing, the arguments and results should require no additional emphasis; this is particularly true in science and mathematics. It seems silly to write: "This paper is going to examine the effect of high altitude oxygen levels on plant cell cytokinesis!"

However, despite being frowned upon in science and mathematics, exclamation marks are sometimes permissible in the social sciences and humanities. However, unless you are sure their use is accepted by your professor or target journal, the best strategy is to avoid them.

The use of exclamation marks is appropriate in creative writing. Sometimes they accompany interjections (e.g., ouch, oh, wow), but most times, exclamation marks are used to convey a strong emotion or surprise.

However, reading a story that overuses them is like watching a play where the actors are shouting their lines. It is not particularly pleasant and certainly does not help you appreciate the experience. One author suggests using one exclamation mark for every 25,000 words. That might be a little extreme, but the point is to use them sparingly.

It is also highly advisable to use one exclamation mark at a time. Using two or three (or sometimes even more) does not add any more emphasis to what your characters are saying. Even though exclamation marks are accepted in creative writing, the danger is that they can promote lazy "telling" and not vivid "showing" writing. By overusing them, authors are relying on a piece of punctuation as a shortcut for exposition. 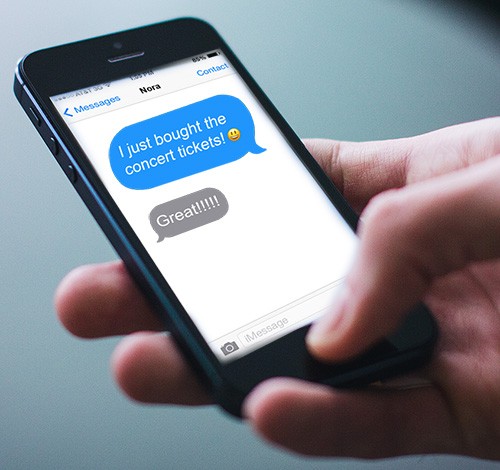 The way the exclamation mark has developed in digital communication is interesting. It is not only used to add emotional emphasis, but the number of exclamation marks indicates the degree of emphasis. For example, if you receive a text from a friend telling you that they got tickets to a concert and you text back "great!", it conveys one level of excitement; texting back "great!!!!!" conveys an entirely different level.

For digital communication, the exclamation mark is acceptable, but the writer should still use it carefully and continually keep context in mind. What is an appropriate response to a friend in a text might not be appropriate for an email sent to a professor or business acquaintance.

There's not much in the way of definitive rules for using exclamation marks. It is important to remember that they are one of the three terminal punctuation marks in the English language. The other two are the period (.) and the question mark (?). These three marks identify the end of a sentence. When a sentence ends, the very next word after that terminal mark is capitalized.

Therefore, after an exclamation point is used, a new sentence is started and the first letter of that sentence needs to be capitalized. In terms of suggesting whether an exclamation mark is appropriate in this circumstance or that, the guideline is if you can use any other mark, it's probably wise to do so. If you must include an exclamation mark, only use one.

Whether you're writing an academic paper, a novel, or some type of digital communication, our essay editors can help decide whether an exclamation mark is needed—or any other punctuation mark for that matter! 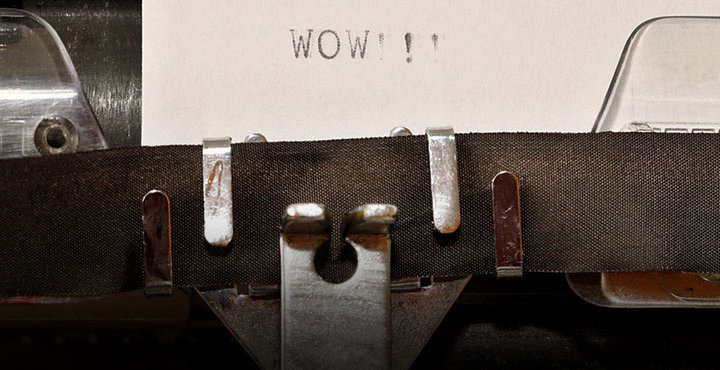 Creating realistic, natural sounding dialogue in writing can be a difficult task for writers. Dialogue may come off as rigid and artificial sounding. Whether an author is writing fiction or nonfiction, they are almost always tasked with creating some form of dialogue. After editing thousands of books, the editors at Scribendi.com believe that the most useful tool to creating an air of humanism in a character’s dialogue is the interjection.