Editor's Note: The following article is a guest post by Chris Lele at Magoosh. It originally appeared on the Magoosh GRE blog.

GRE students warily approach the Argument Task on the GRE's Analytical Writing Assessment (AWA) section. Just like the assumptions themselves, the trepidation people have is unwarranted. Below are a sample argument prompt and the first step in approaching the Argument Task, just a small piece of the GRE exam pie.

Let's walk through the process of identifying the assumptions and crafting the essay with a sample AWA essay prompt:

"SuperCorp recently moved its headquarters to Corporateville. The recent surge in the number of homeowners in Corporateville proves that Corporateville is a superior place to live compared with Middleburg, the home of SuperCorp's current headquarters. Moreover, Middleburg is a predominately urban area, and according to an employee survey, SuperCorp has determined that its workers prefer to live in an area that is not urban. Finally, Corporateville has lower taxes than Middleburg, making it not only a safer place to work but also a cheaper one. Therefore, SuperCorp clearly made the best decision.

Step One: Attacking the Assumptions

Do not agree with any part of the argument. Instead, show that the argument is making a series of unwarranted assumptions by highlighting each one. Of course, you do not want to only cite what is wrong with the argument; you want to discuss also how the argument can be improved.

The first step, of course, is to list the assumptions (you can think of this as the brainstorming part). This step is crucial—don't just rush into the essay. Planning before you write will, in the end, save you time.

The argument assumes that the increase in homeowners is directly correlated with improved living, or, as the argument states, "a superior place to live." Housing could simply be cheaper, causing an influx of people. That is, the increase of population does not mean that everybody wants to live in Corporateville because it is such a great place.

Even if everybody wants to move to Corporateville because it is a superior place to live, that doesn't mean what is "superior" for residents is "superior" for a corporation. Remember, working and living are two very different things.

We do not know anything about the survey. Is it really indicative of how employees feel? Perhaps the survey asked only upper management. Maybe only the engineering department was questioned. Basically, there is no way for us to know whether the sample was representative. Anyhow, the survey – even if it is representative – found that SuperCorp's workers preferred to live, not to work, in areas that are not urban.

The argument ends by saying that SuperCorp clearly made the right decision. Even if Corporateville is a better place for SuperCorp, to say that the company made "the best decision" is stretching it. Perhaps SuperCorp could have moved to a different city, one even better suited to its needs.

The goal of the brainstorming session is not to see how many assumptions you can find. Instead, you want to choose the few that you think best invalidate the argument. Continue reading to see how to structure your paragraphs after brainstorming.

Now that we've identified the assumptions, it is time to write the essay. However, there are a few preliminaries. As stated, you do not need to come up with as many assumptions as possible. Three or four is enough for building a solid essay. And remember, you need to be persuasive, so do not simply list your assumptions without pointing out why they are assumptions and how they weaken the argument.

Also, do not at any point suggest that the argument has any merits. The exam has provided an argument that is full of unstated assumptions. You are to identify these logical gaps and, per the instructions, elaborate on how these unwarranted assumptions affect the argument.

Here's an example of an introduction:

The argument assumes that the increase in homeowners is directly correlated with improved living, or, as the argument states, "a superior place to live." Housing could simply be cheaper, causing an influx of people. That is, the increase of population does not mean that everybody wants to live in Corporateville because it is such a great place. Indeed, low-priced housing could indicate low-quality housing and overcrowding, which would actually make Corporateville a less superior place to live.

Continue by stating the next assumption and its implications:

For this body paragraph, I would focus on the survey. This is probably the strongest unstated assumption remaining. However, you can choose to focus on the taxes or urban vs. non-urban assumption. Do not, however, try to jam all the assumptions into the final body paragraph. Your focus is to show that the essay makes many unproven assumptions and is thus invalid. Pointing out several assumptions is enough. Unless you have time, do not be exhaustive:

The employee survey referencing where SuperCorp workers prefer to live is another major assumption, as the origin and research methods of the survey are not indicated. It is therefore impossible to determine whether it is truly indicative of how employees feel, as the survey might have been limited to a certain department or level of seniority. Without further information about the survey itself, there is no way to know whether the sample was representative. In any case, it should also be noted that the survey—even if it is representative—found that SuperCorp's workers preferred to live, not to work, in areas that are not urban. As such, basing the location of the company's headquarters on this survey is unfounded.

Like the introduction, the conclusion should be clear and succinct. Do not add new information; simply give a brief summary of what you've already said. Something along the lines of the following should do it:

The argument makes a number of unstated assumptions that seriously undermine its validity. Unless these assumptions are addressed, the argument falls apart, and the corporation could very well make a major mistake in shifting operations from Middleburg to Corporateville.

The above provides a rough template to help you create a compelling essay for the Argument portion of the revised GRE's AWA. We've identified the assumption and written the essay. Don't stop here in your AWA prep, however. Continue working to identify logical gaps and elaborate on how these unwarranted assumptions affect the argument. Peruse this full list of GRE practice tests for extra practice before planning your GRE exam date.

Invest in Your Future. Get Professional Editing.

Chris Lele is the GRE and SAT Curriculum Manager (and vocabulary wizard) at Magoosh Online Test Prep. In his time at Magoosh, he has inspired countless students across the globe, turning what is otherwise a daunting experience into an opportunity for learning, growth, and fun. Some of his students have even gone on to get near-perfect scores. Chris is also very popular on the Internet. His GRE channel on YouTube has over 10 million views. 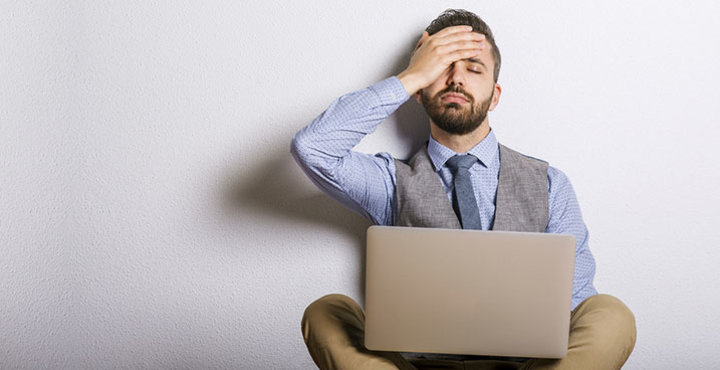 When writing a personal statement, learn from the mistakes of others to make sure you get into the program of your dreams.

How to Write a Top-Scoring ACT Essay

In this guest post, Kristin from Magoosh explains how to write an ACT essay that will impress graders and earn you a great score.